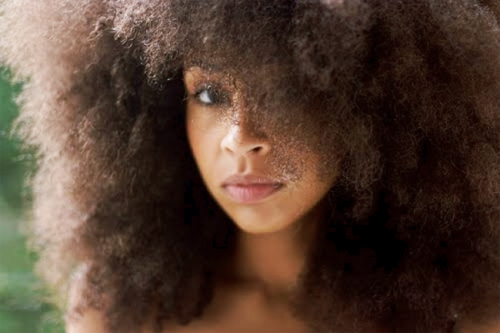 I have been neglecting this blog lately – I apologise. So I’ve been getting a bit riled up today about what “Good” hair is. I put the word good in quotations marks because I don’t believe there is such a thing as good hair. I was recently watching an episode of the Tyra Banks show from 2009 “What is good hair?” you can see it here if you wanna watch that in your own time. Basically, she had these women on the show. One of them had been relaxing and getting weaves for the last 12 years, admitted to spending almost £20,000 on her hair & sometimes not paying a bill or 2 to get her hair done. To some this may sound shocking but to some people it’s just another part of life.

Majority of black girls that I know have their hair relaxed and usually have weave or braids, or some type of hair on their head that isn’t theirs. It’s unfair because at one end of the stick, they get bullied and ridiculed for wearing weave or if it doesn’t look good they get cussed. If they have their own hair out, whether it be relaxed or natural, they usually get criticism for that. The problem is that hair, whether it’s yours or not, is quite expensive to maintain. Some girls to go to extreme lengths to make sure their hair looks good. Whether it be sleeping with a guy so she can get her hair done or not paying bills to get it done.

I think it’s not our fault that we are so obsessed with our hair. I know a lot of people who were teased during childhood & some of the women in that episode of the Tyra Banks show that I linked to said that she had such a bad experience during her childhood because of her hair she didn’t want to have a child with a black man so that the child wouldn’t have kinky hair. She went & got married to a Latino. It may seem funny but hair is such an important thing especially for women who get criticised enough as it is. On the topic of mixed race hair as well – being mixed race my self we have problems too. Apart from the whole identity crisis thing, our hair is a heavy burden just because it is such a difficult thing to maintain if you don’t know what you’re doing. Women often impose their views of good hair on their daughters and I would imagine it must be extremely difficult for a white woman or even asian women to deal with their mixed race child hair, just because of their lack of experience with it. On the Tyra Banks show there was a white woman & she was putting weave and getting relaxers for her daughter who was 6 or 7.

The worst part was there was a mother and she was relaxing her 3 year old daughters hair. & I’m not calling these women bad mothers, because I understand. Black hair is hard to up-keep and is very time consuming. Often times they don’t have time to waking up extra early just so they can do their daughters hair in the morning for school. & we all know how little kids are, start crying as soon as you try to comb their hair.

Apart from looking good, many females claim that if they have natural hair in the workplace, it won’t look as professional. See, we’ve been conditioned to believe that caucasian hair is “good” hair, & if our hair isn’t silky, straight and “flowy” it isn’t nice. I beg to differ. Natural hair doesn’t mean that you should have an afro or “nappy” hair. The upcoming rise of the natural hair movement has brought a lot of awareness to those willing to learn.

I was never really into weaves, I relaxed my hair a few times – maybe 3 or 4 times a year. But my hair did have a lot of heat damage and breakage from colouring it a lot. The last time I got my hair relaxed was about 2 years ago, not that I was aware of the natural hair movement, but because I had over processed it when & it was pretty flat & lifeless. Last November I decided to cut off the relaxed ends that were just dangling at the end of my beautiful natural hair after stumbling upon the natural hair blog and vlog community. Going natural was one of the best things I’ve ever done.

& I know it’s easy for me to say – yeah just go natural, my hair is different to a full black girl and transitioning (Going from relaxed to natural) or even doing a Big Chop can be scary. I understand. I’m new to this whole thing so I can’t really say much. I’ll give you loads of cool links below but I’ll just clear up a few things.

If you do plan on going natural, just know that it’s a process & it’s going to take time. Embrace every stage of it. Everyone’s hair is different, but trust me, once you start looking after it properly it will grow fast.

If you have Tumblr, I suggest you follow Hey Fran Hey – she is uBer helpful & always putting stuff on there.
some of the most popular natural hair blogs that I’ve come across are CurlyNikki.com and BlackGirlLongHair.com

Youtube has great channels – for those of us in the UK I strongly recommend FusionofCultures, shes based in London so the products she uses, you’ll be able to get a hold of easier.
The natural hair movement is as widely recognised in the UK as it is in America, so you’ll probably find that a lot of products are only available in the US.
For the science of hair & understanding have a look at Luv Naturals on youtube to get the basics.

I hope I inspired you to go natural. Here’s some pictures from November until now. Ive had my hair in a protective style for the last 4 months (box braids) & I recently took it down with the nice weather.